The GCP boyz are joined by special guest FRANK HOWLEY - We talk vids, skids, grids and SIDS. We go out with a bang for our 2-year anniversary with Shrek x Shadow Part 3, vidgames talk, music talk, shit-shooting and announcing Gaming Cult's appearance at PAX AUS 2014 and Room 801 convention!!!!!! And as if that weren't enough, we have amazing EXCLUSIVE featured tracks and music throughout from CHIBI-TECH!!!!  SUB us on iTunes/YouTube  Twitter: @gamingcultcast 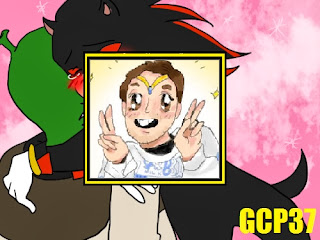 Posted by Gaming Cult Podcast at 05:30